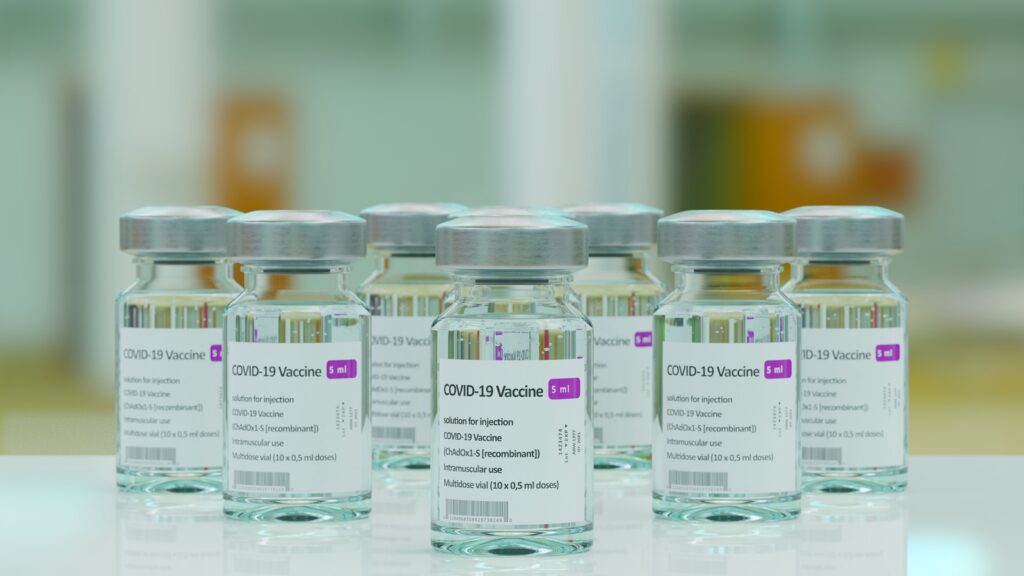 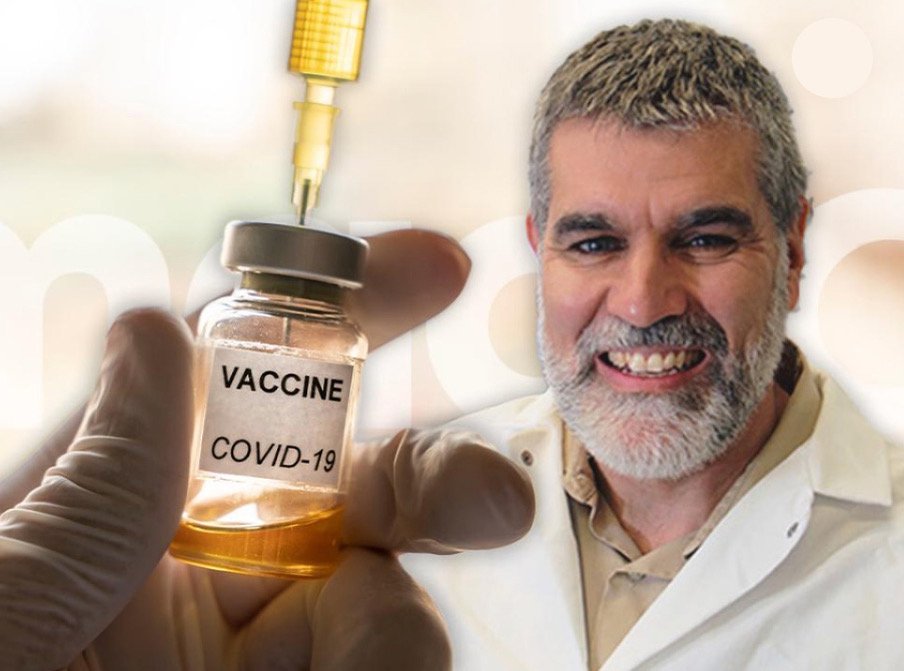 COVID-19 injections have been presented as the only solution to stop the pandemic. Mass vaccination has occurred on an unprecedented scale, and as of October 2021, 6.54 billion doses of COVID-19 jabs have been administered, equating to 47.6% of the world population having received at least one dose.1

The mass injection effort, however, has failed to stop the pandemic, and a study published in the European Journal of Epidemiology has released bombshell data showing that increases in COVID-19 are unrelated to levels of vaccination in 68 countries worldwide and 2,947 counties in the U.S.2

The official COVID narrative continues to blame the ongoing pandemic on the unvaccinated, even as data show that areas with high vaccination rates, like Israel, continue to have significant COVID-19 spread. As noted by S. V. Subramanian, from the Harvard Center for Population and Development Studies and a colleague in the European Journal of Epidemiology:3

“Vaccines currently are the primary mitigation strategy to combat COVID-19 around the world. For instance, the narrative related to the ongoing surge of new cases in the United States (US) is argued to be driven by areas with low vaccination rates.

A similar narrative also has been observed in countries, such as Germany and the United Kingdom. At the same time, Israel that was hailed for its swift and high rates of vaccination has also seen a substantial resurgence in COVID-19 cases.”

Using data from Our World in Data for cross-country analysis, and the White House COVID-19 Team data for U.S. counties, the researchers investigated the relationship between new COVID-19 cases and the percentage of the population that had been fully vaccinated. Sixty-eight countries were included, among which they found “no discernable relationship between percentage of population fully vaccinated and new COVID-19 cases in the last seven days.”

Not only did vaccination not decrease the number of new COVID-19 cases, but it was associated with a slight increase in them. According to the study, “[T]he trend line suggests a marginally positive association such that countries with higher percentage of population fully vaccinated have higher COVID-19 cases per 1 million people.”4

“There also appears to be no significant signaling of COVID-19 cases decreasing with higher percentages of population fully vaccinated,” they wrote.7 Notably, out of the five U.S. counties with the highest vaccination rates — ranging from 84.3% to 99.9% fully vaccinated — four of them were on the U.S. Centers for Disease Control and Prevention’s “high transmission” list. Meanwhile, 26.3% of the 57 counties with “low transmission” have low vaccination rates of under 20%.

The study even accounted for a one-month lag time that could occur among the fully vaccinated, since it’s said that it takes two weeks after the final dose for “full immunity” to occur. Still, “no discernable association between COVID-19 cases and levels of fully vaccinated” was observed.8

Key Reasons Why Reliance on Jabs Should Be Re-examined

The study summed up several reasons why the “sole reliance on vaccination as a primary strategy to mitigate COVID-19” should be re-evaluated. For starters, the jab’s effectiveness is waning. A report from Israel’s Ministry of Health showed that Pfizer-BioNTech’s injection was only 39% effective in preventing COVID-19 infection,9,10 which is “substantially lower than the trial efficacy of 96%.”11

“A substantial decline in immunity from mRNA vaccines six months post immunization has also been reported,” the researchers noted, adding that even severe hospitalization and death from COVID-19, which the jabs claim to offer protection against, have increased from 0.01 to 9% and 0 to 15.1%, respectively, among the fully vaccinated from January 2021 to May 2021.12 If the jabs work as advertised, why haven’t these rates continued to rise instead of fall?

“It is also emerging,” the researchers noted, “that immunity derived from the Pfizer-BioNTech vaccine may not be as strong as immunity acquired through recovery from the COVID-19 virus.”13

For instance, a retrospective observational study published August 25, 2021, revealed that natural immunity is superior to immunity from COVID-19 jabs, with researchers stating, “This study demonstrated that natural immunity confers longer lasting and stronger protection against infection, symptomatic disease and hospitalization caused by the Delta variant of SARS-CoV-2, compared to the BNT162b2 two-dose vaccine-induced immunity.”14

The fact is, while breakthrough cases continue among those who have gotten COVID-19 injections, it’s extremely rare to get reinfected by COVID-19 after you’ve already had the disease and recovered. How rare? Researchers from Ireland conducted a systematic review including 615,777 people who had recovered from COVID-19, with a maximum duration of follow-up of more than 10 months.15

Another study revealed similarly reassuring results. It followed 43,044 SARS-CoV-2 antibody-positive people for up to 35 weeks, and only 0.7% were reinfected. When genome sequencing was applied to estimate population-level risk of reinfection, the risk was estimated at 0.1%.19

There was no indication of waning immunity over seven months of follow-up — unlike with the COVID-19 injection — with the researchers concluding, “Reinfection is rare. Natural infection appears to elicit strong protection against reinfection with an efficacy >90% for at least seven months.”20

All Risk for No Reward?

The purpose of informed consent is to give people all of the data related to a medical procedure so they can make an educated decision before consenting. In the case of COVID-19 injections, such data initially weren’t available, given their emergency authorization, and as concerning side effects became apparent, attempts to share them publicly were silenced.

In August 2021, a large study from Israel21 revealed that the Pfizer COVID-19 mRNA jab is associated with a threefold increased risk of myocarditis,22 leading to the condition at a rate of 1 to 5 events per 100,000 persons.23 Other elevated risks were also identified following the COVID-19 jab, including lymphadenopathy (swollen lymph nodes), appendicitis and herpes zoster infection.24

Dr. Peter McCullough, an internist, cardiologist and epidemiologist, is among those who have warned that COVID-19 injections are not only failing but putting lives at risk.25 According to McCullough, by January 22, 2021, there had been 186 deaths reported to the Vaccine Adverse Event Reporting System (VAERS) database following COVID-19 injection — more than enough to reach the mortality signal of concern to stop the program.

“With a program this size, anything over 150 deaths would be an alarm signal,” he said. The U.S. “hit 186 deaths with only 27 million Americans jabbed.” McCullough believes if the proper safety boards had been in place, the COVID-19 jab program would have been shut down in February 2021 based on safety and risk of death.26

Now, with data showing no difference in rates of COVID-19 cases among the vaxxed and unvaxxed, it appears more and more likely that the injections have a high level of risk with very little reward, especially among certain populations, like youth. Due to the risk of myocarditis, Britain’s Joint Committee on Vaccination and Immunization (JCVI) recommended against COVID-9 injections for healthy 12- to 15-year-olds.27

Along with serious questions over effectiveness are alarming claims that the jabs are enhancing COVID-19 infectivity and driving mutations that are leading to variants. When four common mutations were introduced to the delta variant, Pfizer’s mRNA injection enhanced its infectivity, causing it to become resistant.28

A delta variant with three mutations has already emerged,29 which suggests it’s only a matter of time before a fourth mutation develops, at which point complete resistance to Pfizer’s jab may be imminent.

Meanwhile, it’s well known that if you put a living organism like bacteria or viruses under pressure, via antibiotics, antibodies or chemotherapeutics, for example, but don’t kill them off completely, you can inadvertently encourage their mutation into more virulent strains. Those that escape your immune system end up surviving and selecting mutations to ensure their further survival.

Many have warned about immune escape due to the pressure being placed upon the COVID-19 virus during mass vaccination,30 and another study — this one based on a mathematical model,31 found that a worst-case scenario can develop when a large percentage of a population is vaccinated but viral transmission remains high — much as it is now. This represents the prime scenario for the development of resistant mutant strains.32

At this point, with COVID-19 injection failures becoming impossible to ignore, serious injection-related health risks are becoming apparent and, now, no differences in new COVID-19 cases among areas with high vaccination rates, it’s time to publicly acknowledge that the injections aren’t the answer. As the European of Journal of Epidemiology researchers noted:33